The iPhone 13 is expected to launch in late 2021 with a big divergence in technology and design from the current iPhone line. While still very early in the iPhone 12 lifecycle, rumors are piling up about the next iPhone. 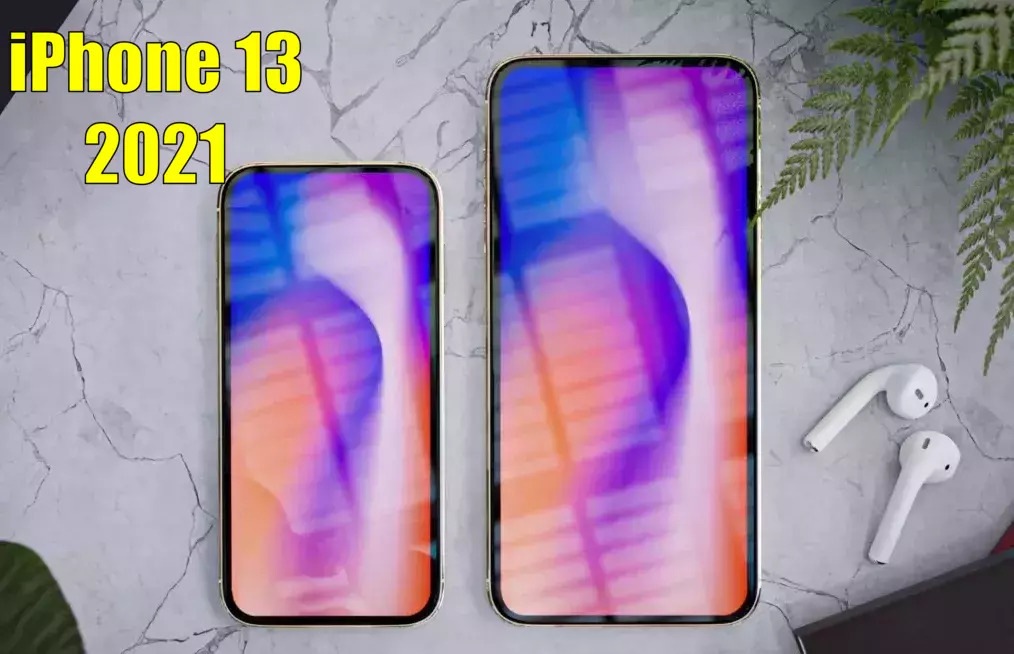 If the iPhone 13 release date follows Apple’s pattern for previous launches, we could see this device hit shelves on the fourth Friday of September 2021. That would be Sept. 24. But then of course the iPhone 12’s unveiling slid to Oct. 13 this year, and the iPhone 12 mini and iPhone 12 Pro Max won’t even ship until November.

It’s likely coronavirus has delayed the development of the iPhone 13 too, which would have an effect on the eventual release date. But at this point it’s too early to tell.

iPhone 13 design: Could it be portless?

Imagine if the iPhone 12 was the last generation of Apple handsets to feature a physical charging port in every model. It’s a shocking thought, but Apple could begin phasing out Lightning ports starting with one of the iPhone 13 models — and USB Type-C won’t be there to replace it.

Instead, a tweet from tipster Jon Prosser spells it out clear as day: There will be one port-free iPhone in 2021, he says, and eventually, they’ll all go that way. “Never USB-C,” Prosser adds, killing some enthusiasts’ hopes that Apple would adopt the same standard as Android phones and the vast majority of other modern consumer electronics.

The idea of a portless iPhone may sound a bit ridiculous, but ironically, it’s become likelier ever since the European Union made moves to force all phone manufacturers to use a common port for charging. Lightning has been the company’s go-to since 2012, when it was introduced alongside the iPhone 5.

Rather than engineering future iPhones to work with the same interface as all Android phones — at which point, Apple would stand to miss out on the very lucrative market of accessory licensing that it’s always enjoyed — reason suggests that the company would rather ditch ports entirely, and turn to Qi induction as its common charging solution. Qi is, of course, the wireless charging framework shared by all smartphones releasing today.

With the iPhone 12, Apple has introduced MagSafe for more convenient wireless charging, as well as raised the peak wireless charging speed to 15 watts. MagSafe would appear to be the logical evolution for future iPhones without ports, and also enable a wealth of customization options and new potential use cases.

But what else could a port-free iPhone allow? Theoretically, eliminating the device’s largest ingress point would improve durability and water resistance. It could also assist in making handsets thinner down the line, though given the rapidly accelerating size of batteries across the industry and the advent of especially energy-hungry 5G networks, it’s also possible that iPhones in 2021 will be larger and perhaps thicker than those on sale today. 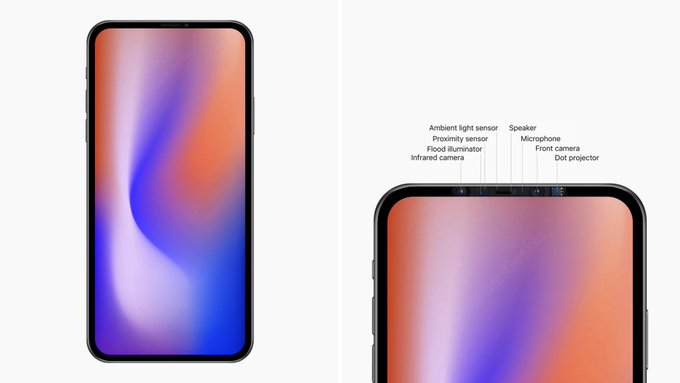 The iPhone 11 series’ iconic notch, which dates back to 2017’s iPhone X, may be reduced into a narrower and more slender form for the upcoming iPhone 12 range. However, it’s important to note that Apple supposedly experimented with ditching the notch entirely for its 2020 flagships, but that design was ultimately tabled.

Bearing that in mind, it’s possible Apple could introduce that change for the iPhone 13. Last fall, leaker Ben Geskin published a render on Twitter detailing how the system could work, by embedding the entirety of the TrueDepth system and earpiece inside the handset’s top bezel.

Considering how Apple has taken a more gradual, iterative approach to design in recent years, the company could conceivably introduce a more experimental model in 2021 — think no ports, but also no notch, either — along the lines of the original iPhone X. Of course, this is just speculation.

iPhone 13 Touch ID: Will it make a comeback?

Apple has never before released an iPhone with both Face ID and Touch ID, though that could change for the iPhone 13. In fact, a rumor far back as August 2019 from analyst Ming-Chi Kuo claimed Apple was looking into adding an in-screen fingerprint sensor to its 2021 devices, and that the company viewed both biometric technologies as complementary, with potential to work well together.

Given that the current version of Face ID can’t recognize people with masks, and Apple changed iOS to better accommodate users with face masks, we suspect that the company has to at least be thinking about how to bring back Touch ID in a sleeker way. A patent recently unearthed by AppleInsider sheds light on how Cupertino might be able to pull that off, with a sophisticated in-display system that uses an array of micro lenses to focus lenses on a subject’s fingerprint. Theoretically, this would improve readability that is typically diminished by screen translucency.

Almost exactly a year ago, Apple purchased Intel’s shuttering modem business for $1 billion. It was the only reasonable course of action for Cupertino, which had been in and out of court with Qualcomm for years over patent disputes that left certain iPhone models at a noticeable networking disadvantage compared to contemporary Android phones.

Apple and Qualcomm would eventually make up, of course, but ultimately it didn’t matter — the iPhone maker wants to control its own destiny rather than be beholden to a supplier with which it has a tenuous relationship at best. By the time the iPhone 13 releases, that team will have been working under Apple leadership for nearly two-and-a-half years, making 2021 the absolute earliest it could launch its first handsets with its own modem onboard.

That said, 2021 would really be pushing it, as Fast Company pointed out in the fall. Modems take a long time to develop, and undergo a lengthy certification process. The slightest delay could set the project back a year or even two. It would appear that 2022 would make for a safer bet, though the source Fast Company cited believes 2023 is actually a more realistic time frame. Here’s hoping we won’t have to wait until the iPhone 15 to find out how Apple’s modems change the game.

Regardless of which company ultimately builds the modems inside the iPhone 13, a recent report from DigiTimes (by way of AppleInsider) claims Apple may choose to focus the 5G modem in the iPhone 13 on either sub-6GHz or millimeter-wave networks, depending on the particular market in which the phone will ship. This is interesting, because the iPhone 12 range supports both sub-6GHz and mmWave across the board. It could be a clever cost-saving strategy, but with networks in some markets (like the U.S.) equally dependent on both wireless protocols, it’s far from an ideal solution.

A Digitimes report that broke in September hints that the iPhone 13 could adopt liquid crystal polymer circuit boards for imaging purposes, resulting in faster data transmission. The addition of LCP boards, coupled with 5G connectivity, has the potential to accelerate applications like live streaming or augmented reality.

iPhone 13: What we want to see

Chances are we’ll begin to hear the first concrete details on the iPhone 13 just after the dust settles from the iPhone 12’s recent reveal. That’s because Apple’s strategy with its forthcoming handsets will allow us to deduce where it goes after that. In fact, one of the earliest reports that Apple was planning a compact, 5.4-inch variant of the iPhone 12 dropped last September, mere days after the iPhone 11 series debuted. That device, of course, ended up known as the iPhone 12 mini.

Here’s what we’d love to see from the iPhone 13 when it does surface, beyond what rumors are suggesting.

We expect that the iPhone 12 Pro, with its flatter design, complete 5G support and LiDAR-boosted camera, will form the foundation for Apple’s 2021 devices. So keep a close eye on this page over the coming months as the future of iPhone takes shape.