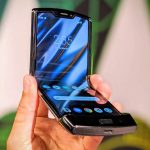 The era of foldable phones is here. What used to be a futuristic thing is now here with us. Smartphone manufacturers are pushing out smartphones that have the foldable form factor. While there’s has been advancement in screen hardware, there’s still need for more screen space and that’s what has prompted foldable phones. There’s still more to see in the future but it kind of … END_OF_DOCUMENT_TOKEN_TO_BE_REPLACED 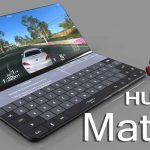 One new foldable flagship dubbed Huawei Mate X Plus featuring great specs such as Kirin 990 chipset, 12GB RAM is going to hit the market soon. Check it out! Huawei Mate X Plus specs Up to now, Huawei Mate X has succeeded in impressing its fans thanks to the great folding screen and stylish design. Moreover, it is also considered a breakthrough product of the Huawei brand. … END_OF_DOCUMENT_TOKEN_TO_BE_REPLACED

If before recently the foldable screen phones were just a crazy fantasy, they began to appear at every turn. The Chinese company Huawei presented its first swingable smartphone - Huawei Mate X on the Mobile World Congress 2019, held last month in Barcelona. The presentation was held just four days after the launch of the Galaxy Fold smartphone company Samsung. The … END_OF_DOCUMENT_TOKEN_TO_BE_REPLACED 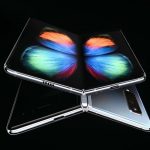 After presenting the Galaxy Fold, which has come out with many positive reviews, Samsung is working on two more smartphones with a foldable screen that should be different from the original one. Unlike the Galaxy Fold, whose construction looks like a mini laptop, one of Samsung's next line-up phones will look like a shell, that is, as it once was, the popular handsets on … END_OF_DOCUMENT_TOKEN_TO_BE_REPLACED