President of the United States, Donald Trump, has joined the chorus of administration figures calling on Apple to unlock the phone of the person accused of allegedly shooting three Navy personnel at a base in Florida last month. 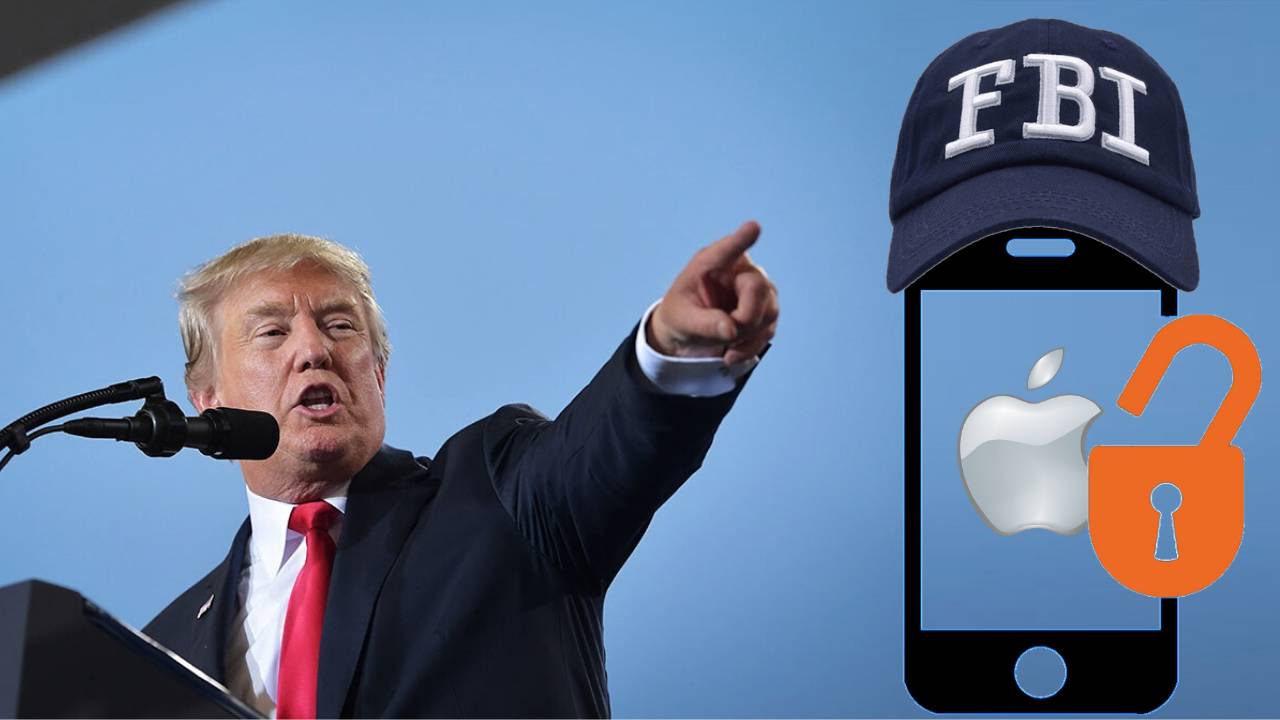 “We are helping Apple all of the time on TRADE and so many other issues, and yet they refuse to unlock phones used by killers, drug dealers, and other violent criminal elements,” the President said on his favourite mouthpiece, his Twitter account.

“They will have to step up to the plate and help our great Country, NOW! MAKE AMERICA GREAT AGAIN.”

The day prior, US Attorney General William Barr said Apple had not given any “substantive assistance”.

“This situation perfectly illustrates why it is critical that investigators be able to get access to digital evidence once they have obtained a court order based on probable cause,” Barr said.

“We call on Apple and other technology companies to help us find a solution so that we can better protect the lives of Americans and prevent future attacks.”

As reported by sister site CNET, Apple rejected the assertion it was less than helpful and said it responded promptly.

“We responded to each request promptly, often within hours, sharing information with FBI offices in Jacksonville, Pensacola and New York,” Apple reportedly said in a statement.

In November, Trump visited an Apple factory in Austin with CEO Tim Cook, where the President falsely claimed he was opening the manufacturing plant. The site has been used to make Mac Pros since 2013, according to CNN.

“At a recent round table meeting of business executives, long after formally introducing Tim Cook of Apple, I quickly referred to Tim + Apple as Tim/Apple as an easy way to save time and words,” Trump tweeted at the time.

“The Fake News was disparagingly all over this, it became yet another bad Trump story!”

Trump previously said in August that Cook made a very compelling argument over the impact of tariffs on Apple due to the US/China trade war when compared to competitors such as Samsung.

Trump’s claims that his administration has helped Apple is likely to draw a fresh rebuke from Huawei, which is often in Washington’s sights over claims of it being a tool of Beijing.

The full extent of pressure applied by China with regards to Huawei was reported in December last year by Danish newspaper Berlingske, which said the Chinese ambassador to Denmark threatened the Faroese Prime Minister that it would drop a free trade agreement if the islands did not hand a 5G contract to Huawei.

Apple’s stance on the San Bernardino shooter’s phone was supported by several of its big tech peers, including Facebook (FB), Google (GOOGL) and Microsoft (MSFT).
Facebook has faced a similar tussle on the other side of the world, squaring off against India’s government over its mobile messaging service, WhatsApp. India — the company’s biggest market with 400 million-plus WhatsApp users — demanded in 2018 that Facebook add the ability to track individual messages after a series of lynchings tied to viral hoax forwards.
WhatsApp has repeatedly refused, saying encryption is fundamental to its private nature. “We will not weaken the privacy protections WhatsApp provides,” a spokesperson said at the time.